Wine Down and Chill: Ringing in a New Decade

This article was originally published on January 10, 2020 at https://gritdaily.com/wine-down-and-chill-ringland-barossa-shiraz/

Cheers to 2020 and a new wine down and chill format. We understand that you’re busy; you want to learn about wine then get down to drinking it! Got it. We’ll continue to offer affordable suggestions for music, wine, dinner and movies with a different wine down and chill theme each week. Our new format is a snappy combo of Listen – Learn – Wine – Dine – Watch. You can also follow me on Instagram for wine art and photography @WineDownAndChill. We’re here to help you sit back, wine down and chill. If you missed an article, fret not! You can find every article here.

Theme: Ringing in a new decade

Whether you stayed home or enjoyed the unseasonably warm New Year’s Eve temperatures in Times Square or did something else, hopefully you toasted a new year and a new decade. With nearly one full year of Wine Down and Chill under our belts, we have a lot of choices when it comes to the wine we’re toasting with. Cheers to another year of affordable wine selections!

I hunted through my iTunes library and Spotify for albums and songs with “Ring” in the title but didn’t find exactly what I was looking for. Nothing lined up perfectly with our wine down and chill theme. Then, I turned to the internet. Oooh. Ahhh.

No surprise, someone has developed an algorithm and database to generate a playlist for you based on a keyword search. It even allows users to up- or down-vote selections so that they’re ranked. Here you go, a 95-song playlist where every song featured has “Ring” in the title.

Personally, I think that they got it right with their choice to rank “Ring of Fire” by Johnny Cash as the all-time #1. I’ve loved that song since I first heard it as a kid! They missed “7 Rings” by Ariana Grande, so, you can make a playlist with 96 songs long if you add it yourself.

The combination of an Australian wine and song title “Ring of Fire” was completely accidental and is not intended to slight the horrific and unending tragedy being played out down under. I am deeply disturbed by the apocalyptic loss of 1 billion birds and animals (click the link to learn how you can help), the > 14 million acres of habitat that have been anihilated, the yeoman’s effort and impossible task facing brave firefighters and the immeasurable suffering of so many people. Not to mention the dire future of the contintent itself and the loss of some of the oldest grape vines in the new world.

Let’s use this wine down and chill opportunity to draw attention to the fires and how we can help Australia through donations, tourism, and by drinking their wine! Shiraz = Syrah. Where the wine is made affects which name is selected. Like most varietals, Syrah literally has its roots in France. Upon its arrival in Australia, the locals, with their lovely accent, gave the varietal their own unique spin on the name. The grape was born as the offspring of Dureza and Mondeuse Blanche and has one of the darkest skins cultivated today. As a result, the wines decanted from this fermented dark beauty are a deep, luscious and almost opaque red.

Yields tend to be low from these particularly gnarly vines. Alcohol levels tend to be on the higher-than-average side (13-14%). With respect to taste profile, intense tannins and peppery, smoky flavor notes are the characteristic notable elements. Black fruits like blackberries, black cherries, plums and black currants are highly prominent. The Australian growing regions tend to impart black pepper as an underlying flavor profile and hence, pair well with spicy, heavy foods.

For those of you counting calories as part of your New Year’s Resolutions, an average glass (5 oz) of red wine has ~125 calories. A Shiraz has ~175. Serve it barely chilled, just a bit below room temperature, and the flavors will pop. 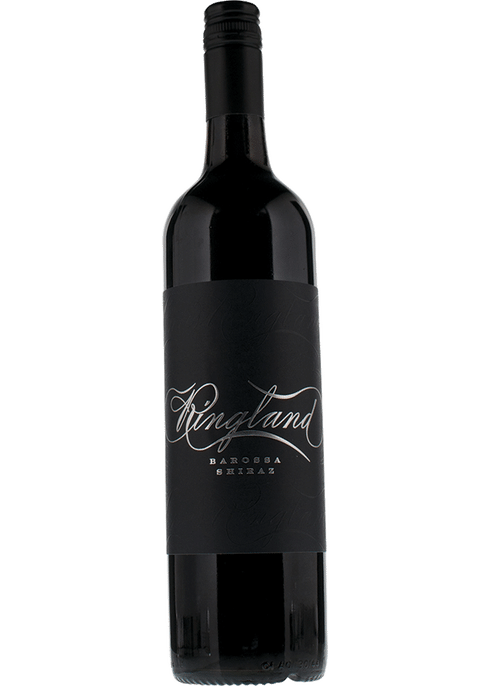 The Australian region of Barossa is home to some of the oldest vines outside of Old World where they originated. Its warmer temperatures impart a more fruit-forward palette. Australia’s Barossa Region is USA’s Napa Valley equivalent with respect to having the highest vineyard density and wine output in the country. The affordability of Shiraz wines, particularly when combined with Cabernet Sauvignon (Yes, I had to!), is making the region a leader in international sales.

That spiciness (peppery and earthy) that you’d expect from a Shiraz is definitely evident in its finish. When you pull the glass to your nose, you’ll smell raspberries and milk chocolate which balance out the wine quite nicely. At $20 per bottle for the 2016 vintage, which is the top-end of our affordability range, it’s well worth making the splurge to sample some of this winemaker’s (Chris Ringland) best. Wine Enthusiast has awarded this wine with 89 points.

When I think of ring-based foods, I immediately think of donuts and onion rings. Neither of which exactly qualify as “dinner” but they are damn good! Calimari o-rings are also good deep-fried (what isn’t?!) and could be part of a wine down and chill dinner recipe but, for those of us that need an Epi-pen any time we’re near anything plucked from an ocean, they’re not an option.

Lucky for us, pasta comes in several shapes, including O-rings. How about some homemade Spaghetti-Os? You could follow this recipe here. Or, you could cook up a bag of the O-shaped pasta, toss it in a bottle of Ragu and throw in some spicy frozen meatballs or sausages (vegan or otherwise), sprinkle with Parmesan and you’re done!

It’s not October so you’re probably thinking, “A horror movie in January?” Yup. Why not? “The Conjuring” is a critically acclaimed horror masterpiece. The story of a family moving into their dream house is brilliantly told through narration and flashbacks by the terrorized family and the paranormal experts summoned to help save them from the ghosts of former residents. Curl up by the fire as toast to a spooooooky way to ring in our new wine down and chill format.

It’s the weekend. Time to wine down and chill. Cheers!