Venture Capital, a Female Investor’s Perspective on the Importance of Investing Early

This article was originally published on November 14, 2019 at https://gritdaily.com/venture-capital-jennifer-neundorfer/

The ASCENT conference featured a diverse collection of panelists. Event organizers appear to have finally gotten the memo that speakers and panelists need to mirror the people in the field and in the audience. Female investors and women in tech were particularly well represented. Grit Daily caught up with the savvy founder of Jane VC, Jennifer Neundorfer.

Grit Daily: Thanks for taking some time with us today, we always appreciate the opportunity to learn from investors and share what we learn with our readers. Tell us about the moment you decided to invest your capital. What prompted your decision?

Jennifer Neundorfer:  I began my career on the operational side, both at startups and then at larger companies buying and selling startups. Eight years ago, I moved to the opposite side of the cap table and founded an accelerator and follow-on fund focused on early-stage tech startups. My portfolio was 50% female founders, and the difficulties they had raising money was completely at odds with the value they were creating. Two years ago, data emerged which confirmed what I had observed in regards to the gender gap in tech. Women in tech and female-founded companies represent an asset class that’s often overlooked but is outperforming other asset classes, and I was uniquely positioned to leverage this capital inefficiency I was also enticed by the idea of forming a venture fund from the ground up.

GD: How is Jane VC different?

JN: We aimed to become the fund of choice for startups for visionary women starting high growth tech companies and designed our fund around that intention. Transparency and access are the two values we are committed to upholding. Venture Capital as a field is generally not recognized for either value and has often performed a disservice to minorities and female founders. The process we apply is anchored in transparency: we’ll let the founders know what we think about their companies when we meet them. We’ve made it clear that we’ll hear pitches, no referral required. Founders should feel comfortable approaching us directly. Being a great founder doesn’t depend on where you’re from or where you went to school. We want to meet the founders early and see what they can build. This approach is resonating with female founders and sought after founders with competitive deals are asking to work with Jane VC.

GD: How has that experience made you a better investor? 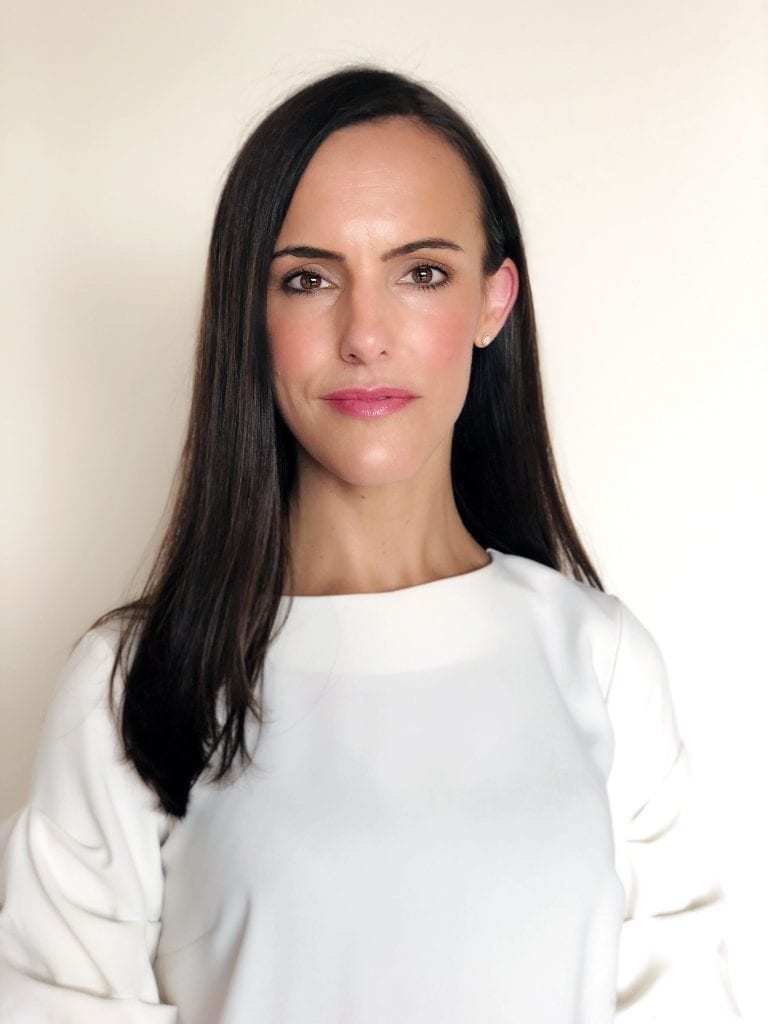 JN: Building a fund is not unlike launching a startup, so we have real empathy with our founders. It’s not hard to put ourselves in their shoes. By doing so, we determine how best to support them and add value. We’ve built an extensive operator network of C-suite tech execs and founders of top-performing startups, and these women and men are personally invested in helping our female founders find success. Harnessing the wisdom and experience of those who have walked this path before helps create significant value and outsized returns for all our lending partners.

GD: Tell us a little about the types of startups and stage you’re currently seeking to add to your portfolio.

JN: At Jane VC, we focus on visionary women building the next big tech companies. Our primary interest is in early-stage B2B startups operating within the future of health, commerce, and work.

GD: At ASCENT, you spoke of the importance of the Wave of Women, the rise of undergraduate women, and tech execs leaving Silicon Valley to start their own companies and funds. Can you elaborate on this?

JN: We believe that we are only at the beginning of the wave of female founders. This is why we’ve designed Jane VC the way that we have and operating it the way that we are – so that we can be the fund of choice as new founders come up. Over the last couple of decades, the number of women leadership roles in tech has increased dramatically. Today, we’re seeing women who have deep industry and functional expertise, coupled with experience at high growth startups who have the skills and vision to start their own companies. We’re excited to ride that wave with them. The data and conversations demonstrate that a shift is happening. “Seeing is believing” and as more women join The Unicorn Club, more women see a viable path to running large, successful tech companies.

GD: Most of the entrepreneurs that I know want to know what the investors view as no-go paths and signs. What can you tell them?

JN: An easy red flag to spot and be wary of is a lack of alignment within the founding team. Behaviors and comments make it clear when co-founders are not aligned around the same vision, outcomes, and values. I’m cautious whenever I sense that the appetite for risk is different for each of the founding team members. Early on, from that very first meeting, we test the openness of founders to feedback and input. I’m less concerned with whether or not they want my opinion. Instead, this is important because it indicates how a founder will consider and incorporate market feedback. If a founder dismisses my feedback, it is likely he or she will do the same with customer feedback. That gives me real pause. In my experience, the founders who have domain expertise and knowledge of the market but are curious, ask questions, engage in thoughtful dialogue and respond to constructive prompts and feedback make the best leaders. And these traits are the ones we are most attracted to.

GD: Are men or women more receptive to feedback? Is it even fair to make this generalization?

JN: No, you can’t generalize behavior like that! We’ve been introduced to and pitched by many women who are not open to feedback: they intend to build whatever it is that they’ve decided to build. The same holds true for many men – we invest in female/male teams so we are also frequently pitched by men. The distinction really comes down to personality, not gender.

GD: You’ve likely seen hundreds of startups pitch. Are there any success signs that you look for? Do any memorable pitches stand out and why?

JN: Funny that you ask that. The best pitch I saw was the company that I fought the hardest to get into. What stood out was the founder herself. When she first pitched us on a zoom call, she literally came right through the call. Her energy and conviction made it immediately apparent that she was a strong leader. I knew right there that she would be able to recruit best-in-class talent, she’d be able to raise follow-on capital and she could win customers over. She had a grand vision for the company plus deep expertise and a solution that addressed the problem. Although she had some initial customers, it was her founder market fit with the pitch that quickly convinced us that she was the right person to lead the company.

GD: How has investing changed over the last few years? Are there any key trends that you’ve noticed?

JN: Recently, there has been a renewed focus on business fundamentals. Yes, of course, we’re still all shooting for outsized returns, but we want long-term value and not flash-in-the-pan pops so investors at all stages and levels are increasingly looking harder at the underlying models on which a business’s success rests. There has also been increased specialization and diversification of funds at the earliest stage, so-called microfunds, which now focus tightly on specific investment theses. For early-stage founders, there is probably a fund designed specifically for you.

JN: Various agencies and services compile lists of investors. Some cite around 1,000 female VCs and around 100,000 female angel investors. My message to all aspiring angel investors is to simply get out there and start investing now. I personally regret not investing sooner. Some of my male counterparts began investing as soon as they graduated and I’ve seen how powerful the investment platform has been for them. Much of VC is opaque from the outside, but, women do need to get in and get in early. It’s a virtuous cycle where your own pattern recognition and the network effect all compound. Success drives more success. Ownership drives more ownership. When people are considering a deal, they typically bring in people they know and people that are like them (we’re back to unconscious bias). We need more women to be at the table.

GD: You have an enormously powerful company name and tagline, “We believe in her because we are her.” Can you share some of the best practices and efforts of Jane VC and how you and your team are creating a diverse and successful group of entrepreneurs?

JN: Because we invest so early, the startups don’t have a deep financial history so we’re not going to focus our attention on their historical financials. Instead, we’re focused on the market potential. Does the management team have what it takes to lead the company? Is the market huge, or will it be in the future? We’re evaluating the markets and founding team members to assess the overall risk and potential upside. Since we invest in a lot of B2B and enterprise solutions, we talk to customers who have used the product and look to see if they’ve become evangelists – they can’t live without it. A lot of effort goes into the due diligence on the founder and the team. The one thing we know is that the business will evolve from the initial pitch, and we look for the grit, perseverance and peripheral vision required to navigate the circuitous path to success.

GD: This is your interview but I’ll turn it around. If you had to communicate one message, what do you want people to know?

JN: At Jane VC, we firmly believe that women are the next big opportunity in tech. We look forward to proving that you can deliver outsize returns with this asset class. And if anyone has great female founders, we want to meet them. We want people to join us. If this message resonates with anyone, contact us, follow us on Twitter, subscribe to our newsletter and let us know what you’re thinking.

GD: Investing isn’t without its challenges, but it does have its moments. What are some of your cherished memories as an investor?

JN: There are a few cherished memories that popped into my brain as you asked this question. Not surprisingly, the common thread across those memories is helping founders succeed. Nothing is more rewarding than watching founders hit the goals that they’ve been working so hard to achieve. And if I can play a small part in that, all the better.

GD: I’ve heard about a report that you were involved with, what can you share about it?

JN: Yes, you’re correct. And I’ve just returned from the AllRaise conference in San Francisco for female VCs which also offered a lot of insight. Together with Carta, we’ve just released a report, Table Stakes to highlight gender inequity on tech cap tables. The bottom line is that ownership drives wealth, and women are systematically being left out of one of the greatest wealth creators of our time: startup equity. We need to close the gender equity gap in tech if we have any hope of closing the wealth gap – this report is just the start.