This article was originally published on December 10, 2019 at https://gritdaily.com/monday-motivation-procrastination-nation/

Monday Motivation here we come! We see you – coffee cup in hand, trudging through the dark cursing your commute. Don’t worry, we’ve got your back! If you’re more of a podcast person versus someone who reads, listen to our Monday Matters content on Spotify. Check out our Grit Daily podcast channel.

This column is for those of you who slog through your Monday mornings. If you lament the end of the weekend and dread returning to the office, you may need our Monday Motivation quick tips. Studies show that your morning mood affects your productivity all day. And nobody wants to go through their day like an unmotivated, unproductive sourpuss, right?

Grit Daily offers an avenue to connect with others like you. We’re here to help get your work week off to a good start. Pump your fists – it’s time for Monday Motivation!

Yup. What’s the point in being proactive and reading a Monday motivation column on Monday? Who says that you shouldn’t read it on Tuesday or Thursday or even Friday?

You’re busy. You’ve got tons going on in your life, you’re juggling at least eight different balls at any given moment and you just don’t have time to do whatever it is that someone just asked you to do.

And, as for that big, hairy, awful task that you should have done last week, haven’t done yet and might try to do tomorrow, fuhgeddaboudit! Just keep putting it off one more day. Or a week. Hell, what does it matter by this point? You should have done it eons ago.

Apparently, around 20% of the world’s population can be classified as “chronic procrastinators.” A large group within that category are entrepreneurs who commonly have a penchant for taking risks and seeking thrills. These Type-A personalities are also high achievers so they know that they need to get the task done – and will – but they’ll push it to the last possible moment so that they can enjoy the rush of cutting it close. This is me. I am that procrastinator!

I’m busting your chops here on Monday motivation today. Seriously, most of us are natural-born procrastinators. Case in point, Tim Urban’s humorous and insightful TED Talk on the topic has been viewed nearly 35 million times. It’s one of my personal faves. He speaks about the internal battle between the rational thinking part of our brain that wants to get the work done versus our “Instant Gratification Monkey” who always seems to win the battles unless the “Panic Monster” wakes up out of dormancy.

Given the ever-increasing pace of life and work and day-to-day nonsense going on in each of our lives and globally in society, putting something off for “one more day” doesn’t seem all that bad in the grand scope of things. Of course, both you and I know, that it’s never just “one more day.” Oh, how easy it is for one more day to become one more week, or month or …

Procrastination is definitely a “thing.” Just Google it. Within the time it takes to blink, more than 58.5 million hits will be returned. There’s a whole movement dedicated to acknowledging it as a problem and learning how to overcome it.

Self-avoidance is the safer option

The habit has been chronicled for millennia. It was first mentioned in 800 BC. Leonardo da Vinci, who is connected to our family’s ancestors, was apparently, one of the best-known procrastinators. His masterpiece in the Sistine Chapel was forecast to take 8-9 months – but it took 25 years. We tend to procrastinate on tasks that are perceived to be difficult or unpleasant. Our brains kick into “self-protection mode” telling us that avoidance is the best course of action.

The word itself is also associated with “avoiding self-harm” so our mental response to putting off something that we don’t want to do actually has a lot of science behind it. What makes this Monday motivation topic even more interesting is that we’re intrinsically aware that we’re procrastinating and that doing so is the wrong thing to do, yet we do it anyway. And then we feel worse about ourselves for not having done what we were supposed to do. It’s a complex negative feedback loop.

A big part of why we procrastinate is related to our moods. In general, waking up or entering into a bad mood will give our mind permission to repress and hence, avoid, thinking about what we should be doing. Coach Mel Robbins, whom we’ve spoken about in a previous column, says that we’re not procrastinators, we have a habit of procrastinating, which is a very different thing and offers hope in that we can break habits as well as form them. She also cites that we postpone doing what we need to do in an effort to reduce our stress.

But this is the antithesis of what defines good health. Procrastinating actually reduces your level of well-being, increases your stress and makes you feel worse about yourself! This is Monday motivation – it’s time to change your ways!

Monday motivation will be back tomorrow with some tips on how to stop procrastinating.

Just kidding! I wouldn’t leave you hanging. If you’re reading this, you’re likely procrastinating from doing something that you don’t want to do and avoiding doing the task by reading this. So, with that, let’s just get to it.

A couple of months ago, I had the good fortune of meeting Petr Ludwig, who is Czechia’s best-selling author. His book, End Procrastination, has already sold over 100,000 copies. As it turns out, procrastinating is not just an American phenomenon. He even offers a free summary!

Okay, let’s get to the Monday motivation tips on how to end procrastination.

#1 – break it down into smaller bites

We all know the saying, “You can eat an elephant, you just have to eat it one bite at a time.” As gross and seemingly odd as this saying is, it’s held up across cultures for centuries because everyone can immediately relate to it. And it’s the truth!

This tip offers a real and planned reward which offers an alternative to the temporary stress relief that we get by avoiding the task. I’m highly food-motivated so I reward myself with breakfast after I complete my big, awful first task of the day.

Why procrastination seems to be associated with eating animals, I don’t know. Maybe that’s something the experts or psychologists can shed light on for us. But the truth is, as far as I’m concerned, this is THE. BEST. TIP. And it was shared with me by our Monday motivation hero of the week.

Hello Coach Marc Cote. We met a few years ago at a conference in Boston and, ever since, he has checked up on me regularly, kindly and generously offering his time to offer insights and extremely helpful, personalized coaching tips. At no cost to me. That’s just the nature of who he is, someone dedicated to his craft and passion for helping others. He is our Monday motivation hero of the week! Maybe even the month or quarter or year! 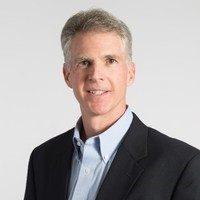 Coach Marc is a high-performance business and executive coach at the Boston location of the Focal Point Coaching franchise, powered by Coach Brian Tracy. Beyond the proprietary methodology employed to coach business owners, their founder published a book, Eat That Frog, back in 2006 (which has since been updated) which is as relevant today as it was more than a decade ago.

Back to Coach Marc. He knew that I was struggling with so many competing “balls” and demands on my time, but he was aware of my BHAG (or “Big Hairy Audacious Goal”) for 2020. So, he called me a couple of months ago to check on me and my progress of my BHAG. I confessed that I wasn’t as far along as I had hoped to be. To his credit, he doesn’t impose his views on me, he just talks me through my own thinking to uncover patterns and then shares insights and tips. He said, “Loralyn, you need to read Eat That Frog.”

As an avid reader of business and self-improvement books, as well as books in general, I agreed. It needed to be done. And it changed my life! For whatever reason, I couldn’t get my head wrapped around the “eat an elephant one bite at a time” thing. I didn’t grow up around elephants. And I avoided the circus: even as I child, I was appalled by the animal cruelty. So elephants were always a foreign concept to me.

But frogs? I used to catch them in the lake at our summer house and carry them in my one-piece swimsuit up to our cottage to show my mom. I wasn’t freaked out by them but the idea of eating one was pretty gross. But that did the trick. Finally, I could get my head around procrastinating and how I just had to freakin’ EAT THAT FROG.

Suck it up. Suck it down. Get it done. And it will go down kicking and screaming. Make it the first task of your day and poof, you’ll be on your way!

As awful, gross and painful as choking down each frog was for me, once it was done, I had the rest of my day to do everything else. Besides, I’d go into the rest of my day feeling pretty darn good about what I had already accomplished.

Like all habits, you break them and reform new ones through repetition. So, I “ate the frog” every day for one week. Then two. Then three and now it’s a way of life.

With that, Monday motivation urges you to not wait any longer. There is a juicy, squirmy, icky frog just waiting for you to choke it down. And don’t even try the “I have two frogs” excuse, which I tried on Coach Marc. Do you know what he said? “Eat the ugliest one first.”

Have a fabulous week!