Monday Motivation: Dare to be Different

This article was originally published on November 18, 2019 at https://gritdaily.com/monday-motivation-dare-to-be-different/

Monday Motivation here we come! We know that these dark mornings are tough but we’re almost there – only another six weeks to go until the days start getting longer again. Don’t worry, we’ve got your back!

If you’re more of a podcast person versus a reader, each Monday, this content is covered by Grit Daily on our Spotify channel.

This column is for those of you who slog through your Monday mornings. If you lament the end of the weekend and dread returning to the office, you may need our Monday Motivation quick tips. Studies show that your morning mood affects your productivity all day. And nobody wants to go through their day like an unmotivated, unproductive sourpuss, right?

Grit Daily offers an avenue to connect with others like you. We’re here to help get your work week off to a good start. Pump your fists – it’s time for Monday Motivation!

Cyndi Lauper, a brilliant artist, shocked the world with her appearance and photo on the cover of her album by that same name, a zillion years ago, back in 1983. She helped usher in an era of pink and blue hair and outrageous costumery like that worn by Lady Gaga in her early days on the music scene. Sure, you could argue that her outrageous appearance was a publicity stunt. And yes, it worked, but what did it really mean?

Psychologists suggest that attention-getting hair and clothing masks loneliness and the need to be noticed. By not fitting in, some individuals call attention to themselves in a subconscious effort to alienate those around them so that they create an excuse to explain why they’re not part of “the community.” Apparently, there is no a term to define the men who dress particularly lavishly with great panache and unexpected accouterments like feathered hats and whatnot, so that they can be noticed and perceived as more attractive than the men around them. It’s called “peacocking.”

The science behind how you look

People do make snap assessments of each other based on appearance. In fact, in less than three seconds, we go from looking at someone to categorizing them into a lifestyle bucket and form quick opinions on their financial status, education level, and personal habits. For centuries, we’ve been telling our children, “Don’t judge a book by its cover!” yet here we are, still doing it.

And, yes ladies, no surprise, there is a double standard. In a study that tested how people assessed women for their leadership abilities. Undoing even the top button of a blouse or having a skirt just above the knee suggested a provocativeness that devalued their ability to be regarded as trustworthy, effective senior managers. We don’t need to be slaves to fashion or feel compelled to spend our entire paycheck on new clothes, but we do need to be sensible and have at least some commonality in our appearance with those around us.

New research shows that how you look, from what you wear to how you style your hair, influences not only how you’re perceived, but it actually modulates how you think and work. According to this study, dressing professionally in a smart suit increases your ability to think more abstractly and with a broader perspective. Hmmm. What does that say about those of us who WFH in our yoga pants?! Apparently, dressing formally creates a social distance and hierarchy which allows us to separate ourselves from “group thinking” and analyze things with greater independence.

Tips to embrace your inner you

Each of us has our own special sauce and blend of experiences that make us unique. In a world that is paradoxically becoming increasingly diverse, we seem to be increasingly struggling with our collective acceptance of diversity. And don’t even get me started on the whole inclusion part that goes along with it. It’s Monday motivation, let’s celebrate our differences rather than condemn each other for them. This is a no-judgment zone!

#1 – toe-dip into how you express your individuality

Maybe you’re that guy who gets dressed up in a jacket every day and works on Wall Street Mon-Fri but is the lead singer of a speed metal band on weekends, belting it out and going hoarse in bars hidden in the dark underbelly of America. In the office, you’re “forced” to dress more conservatively than you’d like. You don’t have to push the envelope with greasy, long blue hair or whatever but you can always add one element such as a few neck chains and bracelets or a funky badass ring. If your employer is going to devalue your work, and consequently you, because you look different than their other employees, then you need to think about why you’re working there.

#2 – express yourself at home

Fine. You work in a dull office with strict dress codes. Go home and paint your walls and ceilings black. Or cover everything in pink roses and glitter. What you do at home and on your own time is on you and nobody else’s business. Obviously, there is a line, you can’t break the law in your downtime but, short of that, go for it!

#3 – surround yourself with people who get you

If those around you are constantly questioning why you dyed your hair blue, why you have tatts, why you wear a septum ring, why … why … why. Then it may be time to ask yourself why you’re seeking their approval and why you’re spending so much time with them? Be a good person. Be kind to people and animals. And be true to yourself. Be proud of who you are.

Stereotyping is something that many of us easily fall into, even though we recognize that it’s unfair to characterize everyone within one bucket simply because a handful of people associated with that bucket got a lot of press for it. But we do it. That said, Coach Joe Apfelbaum inspired this Monday motivation column. 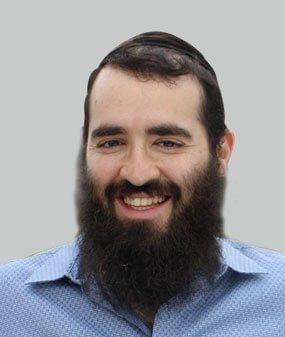 It wouldn’t be unfair to say that “he doesn’t look like a rapper.” Indeed, stereotypes suggest that white, Jewish males who openly display their commitment to their faith through the spiritual symbolism of a yamaka, are probably not going to break out into a rap. Fair. But Coach Joe does just that.

He communicates his messages and lessons about kindness and self-worth in an authentic way, which just happens to include rapping through them. Yet it is far from a comedic act. His careful selection of words thoughtful consideration of what he is teaching is a reflection of how he lives his own life. His podcasts and raw videos on Linkedin exemplify #mojovation and spur people on to be their best and do their best.

Two things that are particularly important here to explain why and how Coach Joe is this week’s Monday motivation hero. On any given day, he’s an inspiration and breath of fresh air, but I want to call him out for taking the time last week to provide me with a complimentary 15 min coaching session. I’m not special – he offers it to everyone, not just people who have met him.

The second item is that he recently posted about how one of Coach Joe’s prospective clients was offended listening to his rapping “hold” music waiting for her session to begin. Personally, I liked it. By the time that our session began, I already had a ditty or two and opened my call with him with a rap. After that experience with the woman who complained, he actually asked his followers if he should change his music, get rid of the rap or update it. And that’s a shame that she had such a negative effect on him and called him out for how he dares to be different.

Cheers to those who inspire others and take the time to help. And kudos to all those who dare to be different and dare to be you. That’s a wrap (aren’t I punny?!) for Monday motivation. Get out there and give this week everything that you’ve got!