/Shout Everything eSports as Curated by Mike Wiston

This article was originally published on January 7, 2020 at https://gritdaily.com/gaming-slashshout-mike-wiston/

As the number of brands competing for our attention continues to grow, consumers are increasingly tuning out, enabling ad blockers and taking other measures to protect themselves from the bombardment. In 2018, the average consumer was exposed to ~4,000 – 5,000 ads per day. Last year, that number nearly doubled. But what if you want to tune in to whichever topic(s) that you’re interested in keeping up with, how do you filter through all the web sources, all the noise and navigate the ads? And, what if you’re an advertiser who wants to build awareness?

Serial entrepreneur, Mike Wiston, founder of mowMedia and the recently launched SlashShout, has a solution. They take a “human approach” to digital marketing, engaging the right consumers with content synthesized in the right way to be appealing, largely summarizing and aggregating content of interest. Wiston has taken this approach, which has been successfully driving engagement with more than 45 million active consumers per month at mowMedia – and applied it to the emerging industry of esports. Grit Daily caught up with Wiston to gain some insights into this exciting new industry and how SlashShout was already making an impact.

Grit Daily: Thanks for taking some time with us today, Mike. Tell us about your path to entrepreneurship.

Mike Wiston: Becoming a serial entrepreneur is something that just evolves naturally. You may not even be aware that you’re on the path. My first foray into entrepreneurship was not the typical start for someone who founds tech companies. I owned a marble and granite shop for seven years and sold it after doing some work for the Royal Caribbean line of cruise ships. One of the things I’m very proud of is that my shop has a permanent exhibit at the American Museum of Natural History in New York. After that, I worked as a consultant in recruitment technology for around a decade where I gained the bulk of my digital communication and engagement knowledge and met many of the people that would ultimately shape the world I’m living in today. And here’s a fun fact, I played Dr. Frank-N-Furter in our college production of Rocky Horror Picture Show, which pretty much shows that I was destined to play many roles in my life’s journey.

GD: What makes you a good fit for an entrepreneur?

MW: At an early age, I learned that I don’t take direction from other people very well. I’m curious, so I tend to have a lot of ideas that fall outside of the job description which works extremely well as an entrepreneur but not that well if you’re working for someone in a corporate environment. Stagnation is something that I retaliate against. I like moving forward. Constantly. And the only way to do that is to take control and get in front of whatever is stalled. I’m also fiercely independent and focused on my family so I didn’t want someone else to be responsible for my fate in the workforce. Instead, I wanted to create my own fate and control my destiny. I have a vision for my future and it’s up to me to own it and work towards it.

GD: Many of our readers are aware of esports as we’ve featured various gaming tournaments and other aspects of the field. But, for those readers that may not be familiar with it, how would you describe esports and why has it boomed so quickly?

MW:  Just about everyone loves to game. Look at baseball, football, soccer. They’re fun, you are part of a team, there is significant training involved to take it beyond a hobby, and we love to watch others compete because, in many cases, we can imagine ourselves in their shoes. The same goes for any number of verticals, for instance, those popular televised singing competitions like The Voice or American Idol – most people wish deep down that they could be a famous performer, so watching others on that journey is the closest most of us can get. Video games are no different – and the eSports boom is simply validation that there is a widespread and deeply rooted love for competitive gaming amongst the newer generations.

GD: Have sports been a key theme throughout your life?

MW: Competition in just about every aspect and video games have always been my passion. I grew up playing every system that existed. It didn’t matter what the genre was, be it role-playing games, fighting or puzzle games, action or strategy games, whatever, it didn’t matter – my interest never waned. When you take a sport and add viewership to it, it suddenly becomes that much more interesting and enables people to make a living doing it. And it’s not just the athletes or gamers who have a new market opportunity, everyone operating adjacent services around the periphery can now also earn a living.

GD: Of course, we have to ask, what’s your favorite game?

MW: Easy question! My all-time favorite game is Final Fantasy VII. The story simply grabbed me from the start, dropped me smack dab in the middle of Gaia, and it instantly became my favorite. The music during the Sephiroth fight is legendary – I actually have a Sephiroth replica sword displayed in my office on the wall.

GD: What prompted you to begin your esports startup, SlashShout?

MW: I was in eSports before it had a name or was an official category of anything. In 2012, we built Borderland Gaming, more commonly known back then as BLGaming or BLG, and hosted all major tournaments for Bloodline Champions as an entry point to the space. To build awareness and to expand our reach, we hosted weekly competitive events, sponsored top players in Street Fighter IV, Call of Duty, Tekken, and others, and rolled out major tournaments at industry events like DreamHack in Sweden. We were in the space very early on but got out of it at the wrong time. Like most people, it’s easy to look back and say, “Should-a, could-a, would-a” but we didn’t stay in and that’s regrettable. But, we’re back! We launched SlashShout in November with around 800 initial subscribers, and now just two months later we are driving between 1500-2000 new subscribers per day to the newsletter.

GD: Has anything surprised you since you launched?

MW: Yes, there have been a ton of surprises. When we were running Borderland Gaming, we had over 150,000 competitive gaming enthusiasts visiting and interacting with us each month, which was very high at the time. It was poised for success, but we exited because the revenue model we had adopted wasn’t sustainable. Sometimes, you can get into a field too early to profit from it. Plus, there is a learning curve and, at that time, I simply didn’t understand the space as I do now. Back then, we had some of the best gamers, shoutcasters, and studios in the world involved. We let it slip away and then, not much later, eSports just took off. I wrote the business off but figured that I’d be back one day. And here we are.

GD: I’m always interested in how people come up with the names for their company. How did you arrive at yours?

MW: Whenever you’re playing any MMO (Massive Multi-player Online) game, you can generally type the command /shout XXXX and whatever you shouted will appear as a quotation to the local region in-game uttered by your game character. So, I went with “SlashShout” to simplify the name and avoid confusion that a slash symbol would create. I bought the SlashShout.com domain nearly ten years ago because I knew that I’d want to do something with it one day. This common command is the perfect name for our eSports newsletter. It just works and makes me smile when I see it on the page.

GD: Attention spans have been shown to be decreasing for each generation. You offer your eSports fans a 5 min email, 3 days a week. How has that been received?

MW: That’s exactly what’s happening. Through mowMedia, we’ve seen these newsletters pop up very successfully. Offering 5 min updates for anything is the model that is driving revenue success. We recognized the opportunity because nobody is doing this for eSports, and we know the space and the players. It seemed like a natural extension of our business and that it could stand on its own given the appetite for eSports. We’ve just launched, so I’ll let you know how it’s being received by our gaming audience in about 6 months. On the partner side of the coin, it’s being received extremely well, with renowned brands including MAINGEAR, NERD ETF, Stream Hatchet and others working closely with us to provide additional insights or value to our readers.

GD: You’re active with FundingPost. Tell us your thoughts about capital investment.

MW: I will never take any investor money – ever – if I can avoid it! Self-funding is the best first choice, hands down. I attend their events as I’m learning about startups from the investment side. I’m exploring interesting investment opportunities in new tech and eSports.

GD: VCs always ask this question, so I will, too. How is your startup different?

MW: I’ve consulted for many companies on the business development side of things on how to hack growth and always ask this question, what is your unfair advantage? Founders need to have their answers ready. mowMedia, for example, is the premier driver of high-quality subscriber traffic to many of the popular newsletters you may have heard of and are likely already receiving. That experience on the user-acquisition-at-scale side of the coin, combined with a long history in the competitive gaming space, is what really sets SlashShout apart.

GD: Do you think it’s getting harder to raise money and get noticed given the surge of startups?

MW: I think that the problem is that too many entrepreneurs or founders are relying on the “if I can get $1M then I can do it” mindset. But, when you get customers who actually use and pay for your product before a raise, you’ll demonstrate a market need and that will drive funding. If you can’t get customers, you’re not going to get funding, and if by some miracle you do land that first round, the gravy train likely won’t last very long. I believe that startup priorities need a major overhaul and that we, collectively, need to put an emphasis on a startup’s customer acquisition success, product usage, and user experience, along with revenue. Or, in a perfect world, profit. Raising 10 million just isn’t cool anymore, making 10 million, however, that’s a different story. The media focus needs to shift. 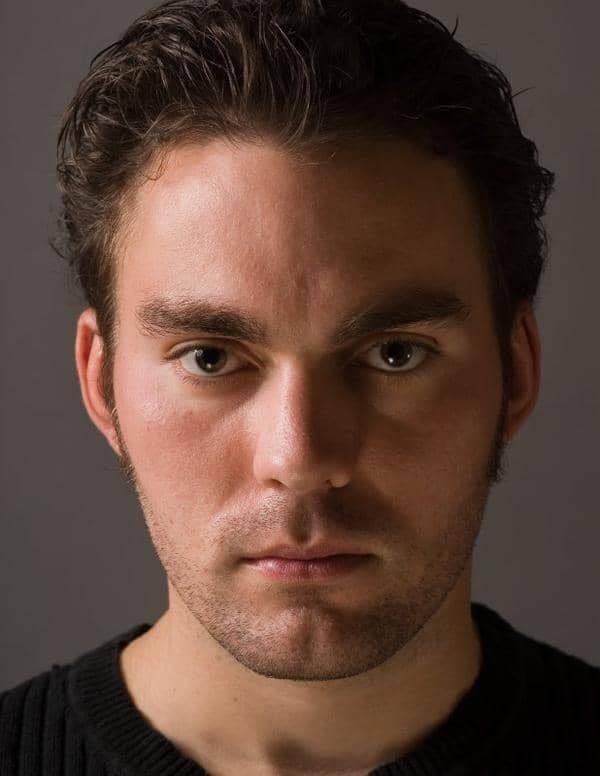 GD: Do you have a message for other aspiring entrepreneurs?

MW: Don’t be afraid to go out and build what you want to build. Tell people what you’re doing, get out there and build it. And yes, it’s okay to fail because that’s how you learn. Don’t be afraid to initially give away what you have built for free. If it’s good, customers will pay for it. Making it available for free is a solid litmus test, if people aren’t using it when it’s free, then you have bigger problems to solve.